Steps must be taken to reduce disparities in air pollution exposure 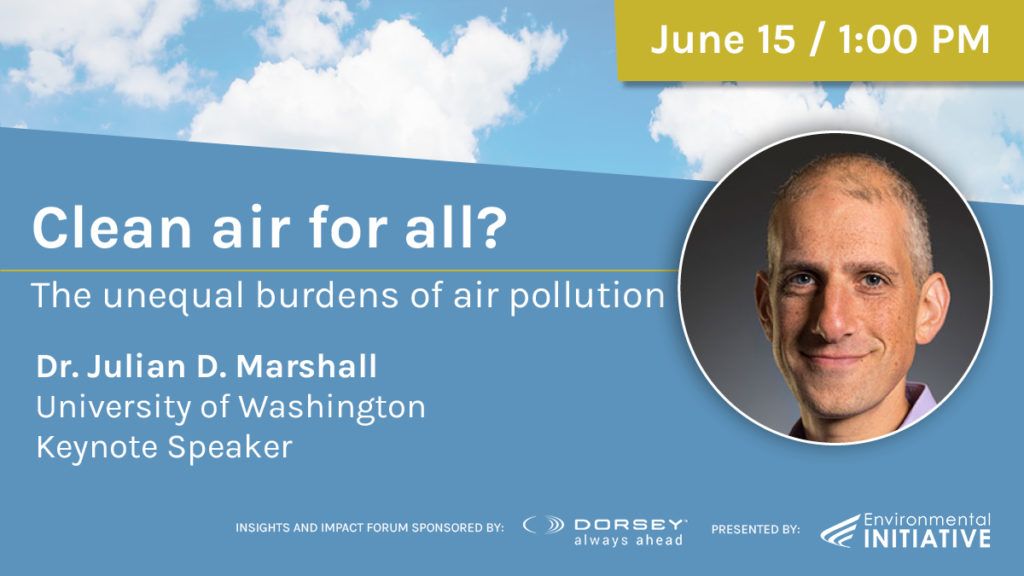 Air pollutants were top-of-mind during a conversation with experts on air quality standards and how people are exposed to unequal amounts of air pollution.

Dr. Julian Marshall’s research found that people of color are exposed to higher levels of pollution, regardless of the kind of pollutant. Marshall, the associate chair for diversity, equity, inclusion, and climate in the Department of Civil and Environmental Engineering at the University of Washington, said this is because historical policies — like racial covenants and redlining — pushed people of color into certain neighborhoods. He added that highways, interstates, and factories, sources of these emissions, have historically been placed in these communities.

“It’s not accidental,” he said. “A lot of the disparities we see in air pollution today have a long history rooted in decisions made generations ago.”

The differences between people of color and their white counterparts around pollution exposure are more pronounced in Minnesota and Wisconsin than in most states. Marshall said during Wednesday’s presentation that this is due to historical discriminatory housing practices in the region.

These unequal burdens are present across most sectors of the economy, meaning people of color are exposed to higher levels of pollution regardless of if the pollutants came from industrial pollution, traffic, or homes. Other research found that white people consume more of the goods and services that may be the reason for these emissions, according to Marshall.

The findings are problematic, but Marshall said steps can be taken to reduce these disparities. Recommendations include:

This conversation on the unequal burden of air pollution is timely because the Environmental Protection Agency (EPA) is in the process of refining the standards around fine particulate matter (PM 2.5) levels. Doug Aburano, attainment planning & maintenance section chief for the EPA, Region 5, said Minnesota will still be in compliance under the new stricter standards, but there are counties that have PM 2.5 levels that are close to hitting the limit. He said it’s important to be proactive and improve or reduce sources of pollution now so regions can’t potentially fall out of the acceptable air quality zone.

Along with Marshall and Aburano, a team of panelists joined the conversation to discuss ways to reduce sources of emissions in the community. These panelists include:

Missed the conversation? Watch the recording on our YouTube channel.